Nigel Howard participated with the Institute for Environmental Research and Education in the international peer review panel for the Life Cycle Assessment of Potable Water, Gravity Storm Water and Sanitary Sewer Pipe Systems used in the US. 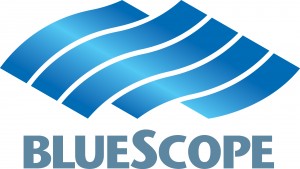 Clarity Environment assisted BlueScope Steel to complete Cradle to Grave Life Cycle Assessments for COLORBOND® and ZINCALUME® steel roofing used in Commercial and Industrial, and Residential buildings. The projects showed that a new generation of the COLORBOND® and ZINCALUME® steel products would provide significantly reduced impacts. For COLORBOND® steel Commercial and Industrial roofing, 18 impact categories were assessed, resulting in an improvement of 19-43% due to the use of less metal resources and a longer lifespan#. On an ecopoint basis this result is equivalent to a 21.6% overall improvement*. Modelling of the integrated steel process in conformance with the BP LCI methodology and the Worldsteel methodology proved particularly challenging. The project was acknowledged internationally with an award for excellence in LCA during the Steelie Awards at the Worldsteel conference in São Paulo in October 2013.

Clarity Environment are assisting the Thiess, John Holland, Dragados Joint Venture (TJHDJV) to assess and monitor the environmental impacts of the tunneling (Package 1), from an LCA perspective. The project consists of 15km of twin rail tunnel and five station box caverns being constructed for the North West Rail Link. The BP LCI Methodology and data are being used for this LCA project. The results will be used for their Infrastructure Sustainability Council of Australia rating submissions.

Nigel Howard has contributed a Chapter to a new book targeted to industry and consumers, encouraging them to think more carefully about the building materials they choose for their projects. The Chapter emphasizes the importance of considering materials in the context of their application right from design inception. This means considering quantities used for each function, effects of a decision on operational performance and maintenance. The Chapter illustrates the complexity and perverse outcomes that so often arise from apparently obvious decisions. The book is due for publication in April/May 2014.